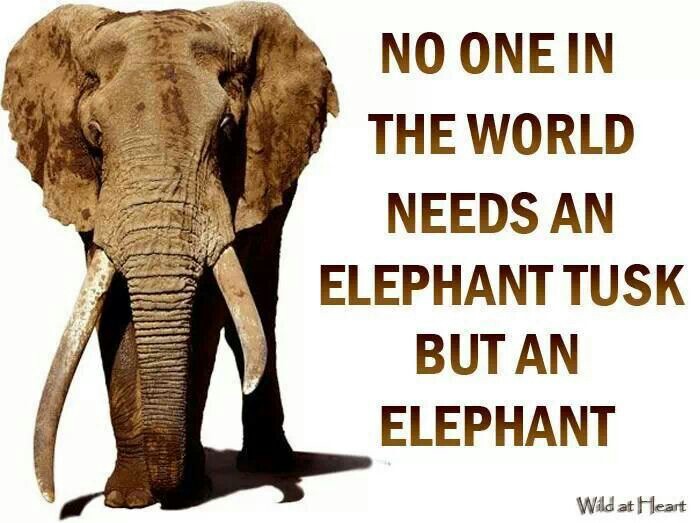 “The closure of China’s ivory market is a historic milestone in the effort to save elephants. When China, the world’s largest ivory market and a country that once designated ivory carving as an intangible cultural tradition, resoundingly rejects the ivory trade, other countries have no excuse for dragging their feet on banning this pernicious trade. That said, China alone cannot solve the poaching and ivory trafficking epidemic that is putting elephant populations in danger. Remaining countries with significant ivory markets, such as the UK, EU and Japan, should take similar actions so that their markets do not provide a cover for illicit ivory and perpetuate demand for ivory. In particular, we are concerned about Japan, whose leaders’ refusal to address its domestic ivory market undermines China’s effort. Mounting irrefutable evidence shows that Japan’s ivory market is fraught with illegal activities and contributes to ivory trafficking from Japan to China. Japanese authorities must take swift action to close Japan’s domestic ivory market.”

BACKGROUND
In September 2015, during President Xi’s state visit to Washington, DC, he and President Obama announced that the two countries committed to “enact a nearly complete bans on ivory import and export […] and to take significant and timely steps to halt the domestic commercial trade of ivory.” On Dec. 30, 2016, the Chinese government announced that it will phase out commercial processing and sale of ivory and ivory products by the end of 2017. More than 60 carving facilities and retailers closed by the end of March, with the rest closed by Dec. 31, 2017.

The European Union and the United Kingdom launched public consultations on proposed restrictions on the sale, import and export of ivory, signaling the possible future closure of domestic ivory markets in these jurisdictions. Comments from the public were due on December 8 and December 29 respectively.

China’s closure of its domestic ivory market leaves Japan with the highest number of ivory manufacturers, dealers and wholesalers of any country in the world. In the last decade, sellers offered $27 million worth of ivory products on Yahoo! Japan Shopping. Figures released by Japan’s Ministry of Environment show that Chinese authorities stopped more than 100 incidents of attempted ivory smuggling from Japan to China between 2011 and 2016.

The 17th meeting of the Conference of the Parties to the Convention on International Trade in Endangered Species of Wild Fauna and Flora, held in October 2016, recommended the closure of domestic ivory markets that are “contributing to poaching or illegal trade” as a matter of urgency.

On 02/06/2018 I am abseiling down the ArcelorMittal Orbit, the UK’s highest free-fall abseil event, to raise funds for The David Sheldrick Wildlife Trust. Please help me help the innocents of the ivory trade, the orphan Elephants, by sponsoring me now at https://www.justgiving.com/fundraising/protect-all-wildife or you can donate by texting DSWT47 + donation £amount to 70070.

Please SHARE to raise awareness about the ivory trade and the effect on Elephants. You can also SUBSCRIBE to receive UPDATES and NEWS straight to your inbox.