A camera keeps running as Tyron climbs from his kayak into the sea and then fights to remove the thick strands that had become entwined around the juvenile.

The 15ft Whale, heavily scarred for a youngster, had approached the kayak tour Tyron was leading off Rainbow Beach, Queensland, turning on its side to show its predicament.

For 10 minutes it kept rubbing against the side of the kayaks, until the rope was spotted wrapped around the animal’s flippers.

It was then that Tyron, owner of the Epic Ocean Adventures tour company, knew he had to go to the Whale’s aid.

“The way it came up to me… I’ve been on the ocean for many years, I know wild animals, they can be curious, but this thing was asking for help,” he says.

“It was unreal. It just seemed like it really wanted help because its flipper was caught up.” 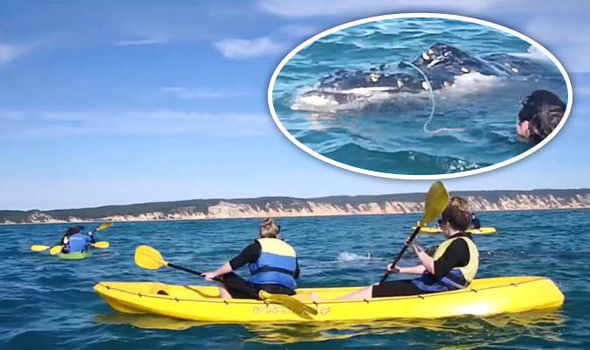 Wanting it to ensure the group’s safety and also help the Whale, he decided to get into the water 200 yards from shore.

“I gently got off the kayak and pushed the kayak away and looked underwater to see if I could see what was going on,” he explained to the Sunshine Coast Daily.

“I felt really calm about going into the water. The way it was there, it was just sitting there.”

Video shows Tyron untangling the rope only to discover another predicament for the Whale. It had swallowed part of the rope.

The kayakers hurried back to shore to raise the alarm with the authorities.

On its Facebook page, Epic Ocean Adventures said: “We are hoping this poor fellow can get the treatment it needs to swim and live freely again. 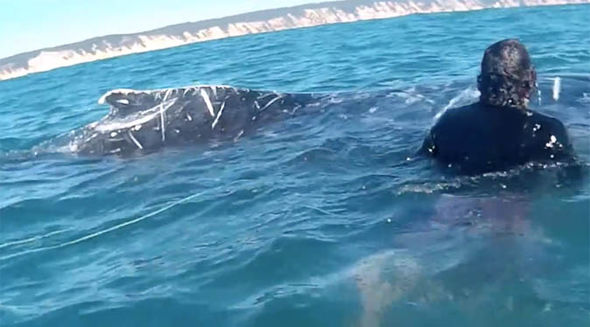 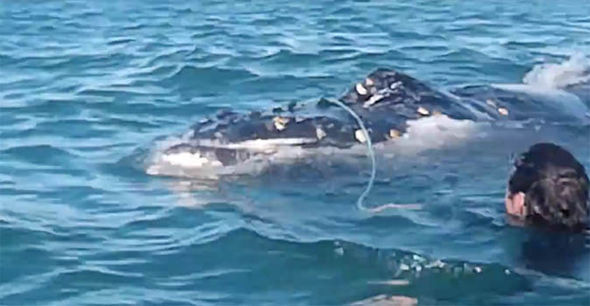 “We are still amazed by the Whale’s ability to try to communicate with us for help.

“The participants on tour said that this is the highlight of their travels in Australia so far and they hoped to hear of good news that the Whale will survive.”

Wildlife officers are now trying to help the Whale although they say there is no guarantee of a successful outcome.

Australia’s Department of Environment and Heritage Protection says the incident is a timely reminder to fishermen and other marine users of how they store and dispose of gear because of the impacts on Whales and other wildlife.

Please SHARE this story to raise awareness. You can also sign up for UPDATES and NEWS by submitting your email details in the right-hand column (I can assure you that your details are NEVER shared). Thank You