Following the federal ban on the sale of ivory products in the U.S. antique dealers say it will cost them up to $12 billion! 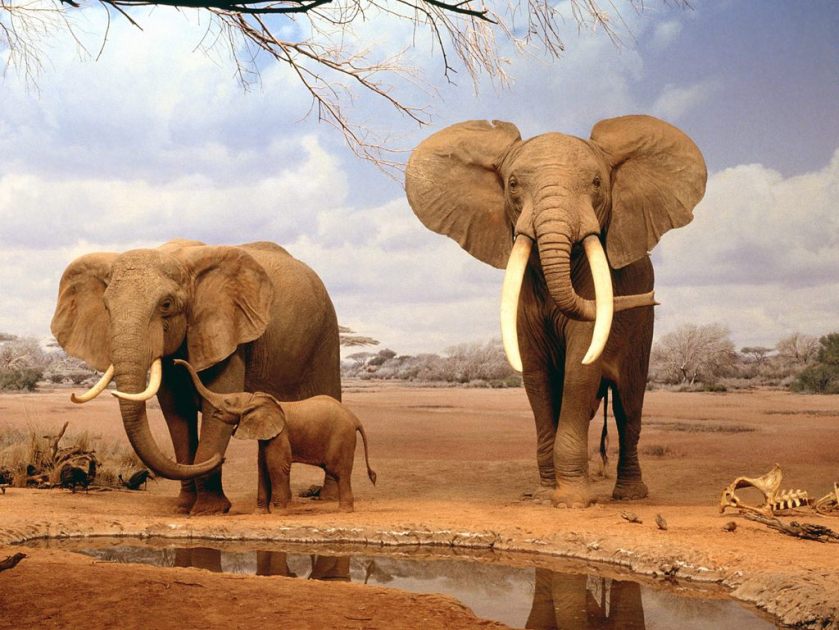 The Obama administration’s move to prohibit nearly all sales of ivory products is intended to cut illegal international trade and protect Elephants.

A year after proposing a near-total ban on sales of products containing African Elephant ivory, the Obama administration made the rule final Thursday, ending a trade as old as the United States.

Selling ivory is now prohibited, with few exceptions, U.S. Fish and Wildlife Service Director Dan Ashe said Wednesday. Pre-existing items manufactured with ivory such as musical instruments used in orchestras, furniture and items such as firearms containing fewer than 200 grams are exempt. Antiques at least a century old are also exempt, but owners must prove an artefact’s age through a professional appraisal or some other document that can be verified, he said.

Ashe defended the rule as a bold and aggressive attempt to reduce the illegal trade of ivory in the United States and the world fuelled by wildlife traffickers. Ivory fetched prices as much as $1,500 per pound due to demand in Asia, where Elephant tusks are ornately carved into art. The demand was met by poachers who slaughtered an estimated 100,000 Elephants “in just a three-year span” ending in 2014, Interior Secretary Sally Jewell said during an event in New York’s Time Square where a ton of confiscated ivory was crushed last year.

Ivory dealers and collectors said century-old artefacts worth an estimated $11.9 billion will be worthless when the rule goes into effect in about a month because proving their age will be too difficult. Large auction houses such as Sotheby’s distanced themselves from the material months ago, refusing to sell it.

A survey of collectors undertaken by an organization called the International Development Group said up to 30,000 people who own ivory-adorned walking sticks, pianos, Japanese style panels painted with water colours and furniture will be affected. “The result of this is the antique ivory business has all but ceased in this country,” said Anton Bruehl, a collector and researcher who conducted the survey last year. “I cannot sell it in this country. I don’t even know if I can donate it to this institution.”

Fish and Wildlife said they spoke to Bruehl in the run up to its decision and “we found his $11.9 billion estimate … to be speculative in nature.” The agency said its own economic analysis, conducted as part of the rulemaking, estimated the impact “to be well under $100 million.”

The rule is part of the administration’s National Strategy on Wildlife Trafficking to curtail poaching that threatens to wipe out the world’s largest land animal and dry revenue streams of African warlords and terrorist groups that fund the killing of both Elephants and Rhinoceros to enrich their operations, according to intelligence reports. Horns from endangered Rhinoceros bring up to $25,000 per pound in China, where they are cherished as carvings, and Vietnam, where they are used as traditional medicine.

Rhino horn sales have been banned for years in the United States, and Ashe suggested an equally restrictive prohibition on Elephant ivory was overdue because items such as pianos, cutlery handles and furniture were so beloved. “It was inculcated in the culture … a luxury item. What we’re doing today with Elephant ivory brings us closer to what we’re doing with rhino horn and sea turtle shell where commercial sale is completely prohibited.”

Wildlife trafficking, a cottage industry a little more than a decade ago, now ranks fourth on the world black market behind the illegal trades of drugs, weapons and humans for sex, generating about $20 billion per year, according to U.S. Fish and Wildlife Service police and economists.

Although the comment period for the rule drew the second most responses ever — 1.3 million, Ashe said little of the wording changed from the original proposal. He said, without confirmation, that 98 percent of the comments favoured the near-total ban. “We felt buoyed by the comments,” Ashe said.

Collectors and dealers such as Godfrey Harris were unimpressed with the favourable comments. “They were rote repetitions of an email that members of conservation groups orchestrated their members into sending,” Harris said in Los Angeles, where he was interviewed by telephone. “I read them on the Internet. You get the feeling they hide behind numbers they orchestrate with their friends in nongovernmental organizations.”

But conservation groups convinced the Obama administration that stockpiles of ivory that owners didn’t have to prove was legal until now cloaked a thriving illegal market, and public opinion and government actions turned in their favour.

New Jersey, New York, California and Hawaii, the nation’s largest markets for ivory, each made nearly all sales illegal in recent months. “It is essential that the U.S. protect the lives of Elephants by helping eliminate our country’s role in the deadly trade,” Andrew Wetzler of the Natural Resources Defense Council said in a statement praising the administration. He said the rule dovetails neatly with anti-ivory laws passed recently in New York, California and Hawaii. “Together we are slowly but surely ending our country’s … contribution to the Elephant poaching crisis.”

Hawaii’s ban last month was the strongest yet. Bowing to years of pressure from conservation groups fighting to save two iconic African animals from slaughter by poachers, state lawmakers not only banned sales of products containing Elephant ivory and Rhinoceros horn, but also artefacts made from the hides of numerous other species — Seals, Sharks, Lions, Hippopotamuses, Jaguars, Tigers, Leopards, Great Apes, Whales, Walruses, Monk Seals and Cheetahs.

The law in Hawaii is even stronger than the federal rule, which exempts items from walruses, whales and mammoths.

“I would extend my gratitude to New Jersey, New York, California and Hawaii for being leaders in this effort,” Ashe said. He also thanked the Wildlife Conservation Society, the Humane Society of the United States, the Natural Resources Defense Council and other conservation groups that pressed for laws to restrict ivory sales.

Harris sued California over its law, arguing that the state has no wild Elephants, so it has no business taking broad steps to sanction citizens there to protect them from poaching. He predicted that the federal government will also eventually face “a big fat lawsuit.” He said antique collectors who protested the rule were run over by a predetermined process, “an exercise.”

But conservationists said the fight over stronger protections for Elephants took years. “We’ve been a part of this since the beginning,” said John Calvelli, executive vice president for public affairs at the conservation society. “We are very excited by the rule because it shuts down a market in the U.S., and it sends a message to the world.”

The message, Fish and Wildlife officials said, is that U.S. citizens cherish ivory on living animals rather than on a carving or trinket. It is a signal to China to be equally aggressive, to do all it can to block illegal trade that is more robust there than anywhere in the world.

Elephants that once roamed the African plains by the millions now number fewer than a half-million and about 35,000 are killed each year.

“Every piece of ivory comes from a dead Elephant,” Jeff Flocken, regional director for North America for the International Fund for Animal Welfare, said when the newly finalized rule was first proposed. “The U.S., by coming up with this national strategy, is saying they take wildlife crime very serious. We’re looking at our own house and how we can address our own consumption.”

“The action we’re taking today puts us in a position of projecting leadership internationally,” Ashe said. “The U.S. is at its best when it speaks after taking action domestically, instead of wagging our finger” at other countries.

The horn and ivory trade

Original article by Darryl Fears for The Washington Post.

Please share to raise awareness of the ivory trade. Please sign up for updates and news by email.