For several years now, I have fostered Lentili, a beautiful young lady who was found wandering on her own with no other elephants in sight in the Ol Lentille Conservancy. She was just 18 months old. It is believed Lentili was another statistic of poaching, her mother being killed for her ivory tusks. 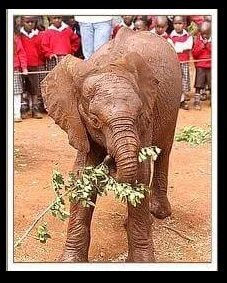 The bond between a baby elephant and its mother can be correctly described as the closest of any animal on earth.  If it is a female baby, she will typically remain together with her mother right into her own adulthood and will likely never once be separate from her until the mother dies in old age. That is why it is so traumatising for a baby Elephant when they are separated from their mothers in particular. This is where the David Sheldrick Wildlife Trust step in and look after these innocents of poaching to rehabilitate and then reintegrate them back into the wild

The Sheldrick Wildlife Trust was founded in 1977 by Dr. Dame Daphne Sheldrick D.B.E, in honour of the memory of her late husband, famous naturalist and founding Warden of Tsavo East National Park, David Leslie William Sheldrick MBE. Since then they have successfully hand-raised over 150 infant elephants and has accomplished its long-term conservation priority by effectively reintegrating orphans back into the wild herds of Tsavo, claiming many healthy wild-born calves from former-orphaned elephants raised in their care.

Their mission statement is:

‘The David Sheldrick Wildlife Trust embraces all measures that complement the conservation, preservation and protection of wildlife. These include anti-poaching, safe guarding the natural environment, enhancing community awareness, addressing animal welfare issues, providing veterinary assistance to animals in need, rescuing and hand rearing elephant and rhino orphans, along with other species that can ultimately enjoy a quality of life in wild terms when grown’

At the heart of the DSWT’s conservation activities is the Orphans’ Project, which has achieved world-wide acclaim through its hugely successful elephant and rhino rescue and rehabilitation program. The Orphans’ Project exists to offer hope for the future of Kenya’s threatened elephant and rhino populations as they struggle against the threat of poaching for their ivory and horn, and the loss of habitat due to human population pressures and conflict, deforestation and drought. 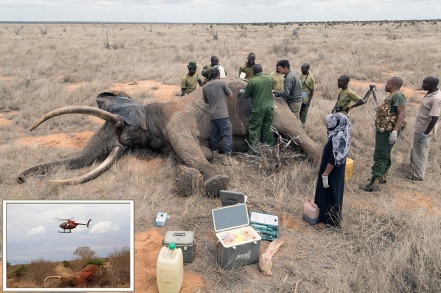 These vital units, which operate out of Tsavo East, the Masai Mara, Meru National Park and Amboseli, alleviate the suffering of injured wild animals on an unprecedented scale. The Tsavo Unit was the first unit to be deployed by DSWT in 2003 and was a successful template employed by the following three additional mobile units which joined the DSWT/KWS veterinary force in subsequent years.

We can all help the DSWT continue 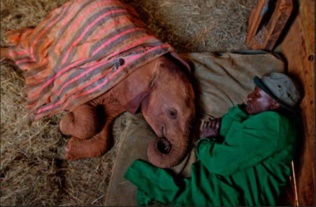 with this essential work by joining the Orphan’s Project and fostering an orphan Elephant or Rhino. I did, by fostering Lentili.  It was one of the most heart-warming feelings I have ever felt, knowing that I was helping in the care and rehabilitation of an innocent young victim of poaching.

Why I am Taking Part In The ‘Enormous Elephant Run’.

Please SHARE to raise awareness of the magnificent work that the DSWT do. You can also sign up for UPDATES and NEWS by submitting your email details in the right-hand column (I can assure you that your details are NEVER shared). Thank You.

One thought on “Meet Lentili, The Orphan Elephant That I Foster Through The David Sheldrick Wildlife Trust”

After many years of raising money for animal charities (£70,000 so far) I now find myself needing help for Gem, one of my beloved dogs.