The ‘CON’ in Conservation Part 1 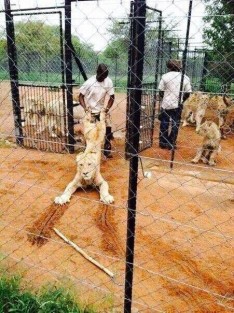 enclosure in front of her cubs, was broadcast on the British current affairs programme, The Cook Report. But a video which emerged on YouTube from the Free State showed a similar scene of what appears to be a tame Lioness being shot with a bow, in a small enclosure, off the back of a vehicle. This is breaking a number of laws.

This incident begs the question: how much has changed in the captive Lion breeding and hunting industry in the past sixteen years? We programme questions whether the captive Lion is being exploited right from birth to death and interrogate the ethics of hunting captive bred animals and whether this should be allowed.

In this episode they investigated the so-called “green con”, where volunteers are paying exorbitant amounts to come to South Africa to hand raise Lion cubs under the impression that they are doing it for conservation. Activists allege that most of these cubs end up in a “canned” hunt or as breeding robots for farms.

They also focus on the alleged abuse of the permit system for the breeding and hunting of Lion and ask whether the country needs to have standardised regulations across all provinces.

The ‘CON’ in Conservation: Part 2

This episode focuses on the Lion bone trade which has grown hugely over the past few years. Many people know about how the Rhino is being poached for its horn, which is used in traditional medicines in Asia, but few know that Lion bones are also being used as a replacement for Tiger bones in Tiger bone wine in Asia, since the Tiger numbers have plummeted so drastically. There are concerns that the trade, which is now just a by-product of the hunt, will eventually spill over into wild Lion populations.

This episode showed Lions that have been rescued from bad situations and analysed how being bred in captivity can impact on the welfare of these iconic African animals. Many conservationists feel that the captive bred and wild Lion is not protected by the law and that there are many holes in the permitting system for the breeding and hunting of Lion. They say the country needs to have standardised regulations across all provinces.

This series interrogates the regulatory framework as far as this industry is concerned. Is the Lion in danger of becoming extinct? Some experts say that in twenty years the wild Lion population has dropped by 80%. Today, only about 2,800 Lions are left in the wild in South Africa. However, the Lion is only listed as vulnerable and not endangered, which affords them less protection. 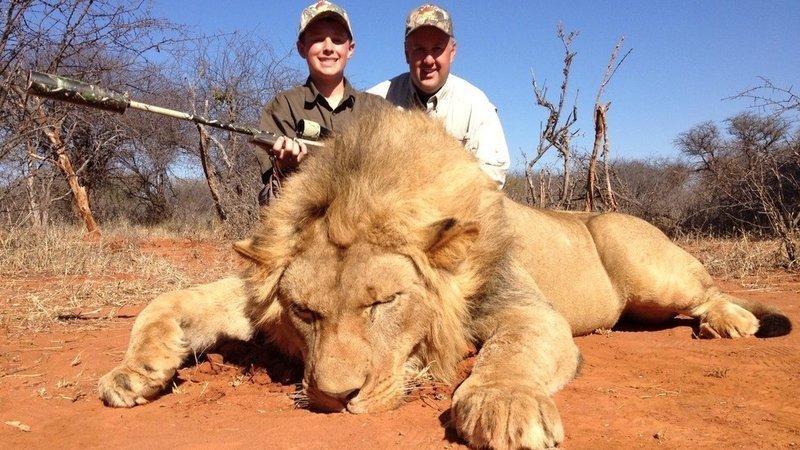 Roger Cook and the “Cook Report”- ‘Making A Killing’: http://www.lionaid.org/news/2014/03/roger-cook-and-the-cook-report.htm

Details of The March To Stop Lion Trophy Hunting in London on the 30th April 2016: http://www.lionaid.org/news/2016/03/march-to-stop-lion-trophy-hunting.htm