The African Wildlife Foundation has uncovered the figures behind the shocking numbers of ‘trophy hunters’ and the sanctioned trade in exporting dead and living animals out of the continent.

The legal African mammal trade is putting an enormous burden on much of the continent’s wildlife, with much of it under-reported in region where more widely talked about exports include diamonds, coal and textiles,

Scant legislation against poaching in many African countries means there is no real deterrent against cashing in on ‘trophy’ hunters, and researchers at the African Wildlife Foundation have now published figures behind this shocking trade to expose the real cost to animals over the 14 years between 2001 and 2015.

Its research reveals that in this time frame South Africa and Tanzania were the biggest exporters of animals, shipping 10,273, and 6,208 dead and living animals respectively.

An astonishing 81,572 hunting trophies from African Bush Elephants were exported from Africa in this time – including skin pieces, tusks, feet and ivory carvings. The countries of South Africa, Zimbabwe, Zambia, Mozambique, Namibia, Tanzania, Cameroon and Gabon all allow sport hunting despite a colossal rate of decline in their elephant populations – Tanzania’s, for example, had dropped by 60 percent from 2009 to 2014.

It’s not just Elephants that are suffering. In the same 14-year time frame 17,000 African Lions were killed for sport resulting in their pelts, heads and bones exported for hunting trophies.

With the African economy bolstered significantly by the trade in wild animals, the threat to both endangered species and those teetering on the brink is very real.

The African Green Monkey is the most exported live mammal from Africa – 5,242 over the 14 years and the African Lion next on the list at 1,954 – 739 of these going to zoos. With such a high bounty on their heads, and commercial gain the top reason for export, it’s little surprise that these animals are facing such pressures.

The country exported some 1,611 antelope in the years between 2001 and 2015 – making these South Africa’s most exported live animal (excluding animals used for medical and scientific purposes), followed closely by the African Lion (1,592).

The findings make grim reading for any animal lover. Philip Muruthi, Vice President of Species Protection at the African Wildlife Foundation says: “Unfortunately the number of species moving to vulnerable and endangered to critically endangered is on the increase. The rapid level of killing not only endangers the species but also several roles it plays in the ecosystem.”

Exacerbating the illegal trade in animals

In June 2017, the South African Government announced it would allow 800 skeletons of Lions bred in captivity to be legally exported out of the country – a move which could further exacerbate the illegal trade in animals.

This move makes it harder to police which animals are legally exported from those which are illegally poached and will, many believe, drive the demand for wealthy sponsors to subsidise illegal poaching to meet a demand for lion and tiger products.

Through its findings the African Wildlife Foundation noted discrepancies between the numbers of reported live animals logged by African nations and the number received by the recipient countries, making it difficult to know how high the true figures really are.

Laura Dzwonczyk, a member of the creative team at the African Wildlife Foundation, said: “We found that South Africa reports exporting 10,000+ animals between 2001 and 2015, while Tanzania reports 6,000+ animals within that same time. Yet collectively, importers are reporting receiving double to triple the amounts of live animals than African countries are reporting sending them.”

Russia and the USA

In 2015 the African Wildlife Foundation findings recorded the number of reportedly received animals was approaching twice as many as the number of animals shipped.

What is certain is the legal trade in animals, both alive and dead is putting extraordinary pressures on many vulnerable species. In terms of importers, Russia tops the charts importing mainly African Green Monkey, Velvet Monkey and Cheetah.

The United States is next, importing predominantly Crab-Eating Macaques, Fennec Fox, and Olive Baboon. Namibia, Thailand and China all come high in the rankings on the list of importers of endangered species.

The Foundation states: “The threatened species of wildlife in Africa need your help. At the African Wildlife Foundation, we believe protecting African wildlife means empowering local communities and people through jobs, education, and conservation training.

“Many species across Africa face extinction, and their survival depends on bridging the gap between mankind and the lions, elephants, and rhinos we share the earth with.”

From an article by Laura Briggs for the Ecologist. 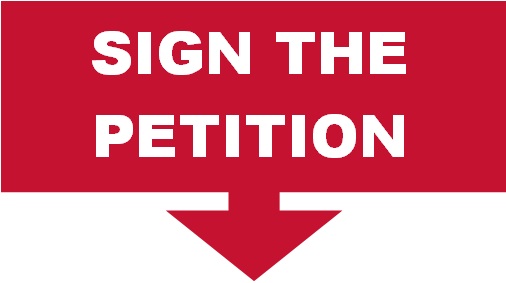 Sign & Share: President Zuma – When South Africa’s Wildlife Is Gone It Will Be Too Late! Ban Trophy Hunting NOW! https://www.thepetitionsite.com/tell-a-friend/43202064 …