In pleading guilty, Lawrence, 38, of Willits, Calif., admitted that, in August 2011, he traveled to the Republic of South Africa and hunted, shot, and killed a leopard in that country. Lawrence did not personally possess a permit to kill a leopard in South Africa at that time, nor did he possess a permit allowing him to export the leopard from South Africa. Lawrence further admitted that in May 2012, he returned to South Africa with the primary purpose of bringing the leopard out of that country and into the United States. The leopard’s skin and skull were secretly transported into the Republic of Mozambique concealed inside a spare tire.

Leopards are a protected species under both the Endangered Species Act, 16 U.S.C. § 1531 et seq., and the Convention on International Trade in Endangered Species of Wild Fauna and Flora, an international treaty to which the United States, South Africa, and Mozambique are signatories. As a result, the import and export of leopards is strictly regulated.

A federal grand jury indicted Lawrence on January 11, 2018, charging him with one count of importing wildlife contrary to law, in violation of 18 U.S.C. § 545, and one count of mislabeling wildlife intended for importation, in violation of 16 U.S.C. §§ 3372(d) and 3373(d)(3). Under the plea agreement, Lawrence pleaded guilty to the mislabeling count and the importing count will be dismissed. Also as part of the plea agreement, Lawrence agreed to forfeit his interest in the leopard skin and skull that he imported, as well as the hunting rifle that he used to kill the leopard. He also has agreed to forfeit other contraband seized from his home in October 2016, including a mountain lion mount and skull, a carved hippopotamus tooth, whale bones, and a harbor seal skin.

Lawrence is released on bond. Judge Gilliam scheduled Lawrence’s sentencing hearing for June 25, 2018, at 2:00 p.m. The maximum statutory penalty for a violation of 16 U.S.C. §§ 3372(d) and 3373(d)(3) is five years’ imprisonment and a fine of $250,000 plus restitution, if appropriate. However, any sentence will be imposed by the court only after consideration of the U.S. Sentencing Guidelines and the federal statute governing the imposition of a sentence, 18 U.S.C. § 3553.

Assistant U.S. Attorney Katherine Lloyd-Lovett is prosecuting the case with the assistance of Vanessa Quant. The prosecution is the result of an investigation by the United States Fish and Wildlife Service Office of Law Enforcement.

Allegedly, he and his associates hid the leopard skin and skull in a spare tire and transported the trophy to Mozambique. There, other hunting operators then declared to the Mozambique authorities that the leopard was shot in Mozambique, necessarily providing authorization for a CITES permit to legally export the trophy via South Africa to the USA.

This reveals a couple of things.

1. The level of “laundering” of illegal wildlife products via corrupt businesses and CITES permits.
2. The extent to which South African hunting operators are willing to assist their “clients” to export their illegal trophies. For sure Lawrence, a real estate agent in California, could not have “cooked” up this scheme all by himself.

How much of this has been going on over the years? Lawrence was caught, but he was probably one of very many trophy “hunters” using illegal means to export their illegal trophies? 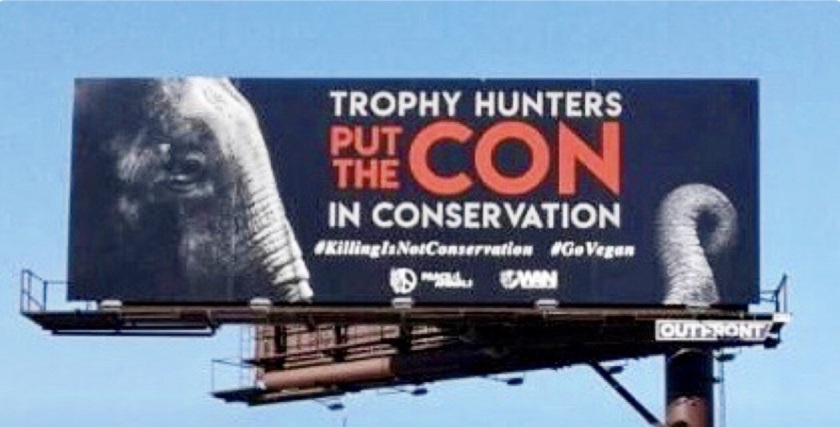 Please SHARE to raise awareness about trophy hunting. You can also SUBSCRIBE to receive news and updates direct to your inbox.